Open Science for the Humanities

On the Austrian writer Peter Handke, my parents, and everyone else 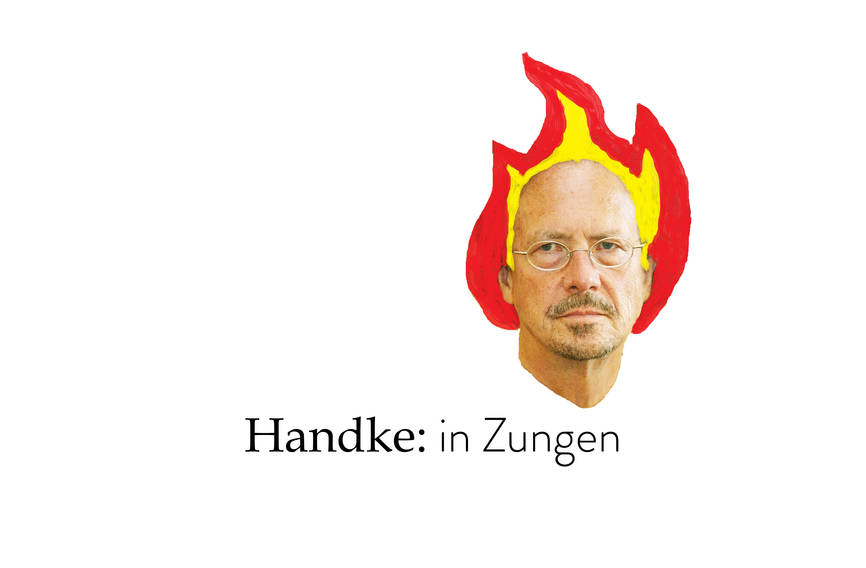 I am a digital humanist, and judging from the conversations about my job I have with my parents, what I do is even harder to explain than it is to explain what scholars in my "home discipline" do: I am a German literature scholar, and as such my main task is to read books and think smart things about them (and say and write down these smart thoughts). Digital scholarship of book-reading then, I try to explain to my parents, means that I try to distinguish patterns and structures in the beautiful books and texts, i.e. types of units or entities that share relationships between them. And then I mark them in a way that can also be understood, i.e. “read”, by a computer program in the same way that I read them. And then I let the computer program tell me what it gathers from that - and then I think smart things about that (and say them, and write them down). So far, so simple. (?) But does that necessarily have something to do with Open Science?, I hear you asking, and what can “Open Science” even mean for this kind of work? To explain that, I have to start anew, and elsewhere.

Peter Handke is an Austrian writer, born 1942, who has been writing literature for more than 50 years and who has, time and again, attracted a lot of public attention with his work. That started in the 1960s with his first play, Offending the Audience, and continued in the 1990s when he outspokenly took Serbia’s side during the collapse of Yugoslavia. Handke loves Serbia, and just as much he loves the Serbian language. However, he is much more fluent in yet another former Yugoslav language: Slovene, and even better at French, Latin or ancient Greek. He also knows English (though not as well as the aforementioned languages), and occupies himself with Spanish and Arabic. He has translated numerous texts from four of these languages, end even though he usually writes in his mother tongue German, he has written three texts in French. I find this multilinguality not only impressive on a personal level, but it is also interesting in the context of his writings as all the languages I mentioned (and even a few more) also become manifest in his literature. How he incorporates them, and to what end he does that, is in fact so interesting to me that I decided to write my doctoral thesis about polyglotism in Handke’s stage texts. Why in the stage texts? Because all of his texts - to date, Handke has published more than 120 books - would have been to much (considering that my parents whom you were introduced to above expect me to finally finish my doctoral degree at some point).

Now: How can such a thing be investigated? You guessed right: I started by reading books and searching for foreign language elements. Now my computer has to give me some answers: Which languages does Handke use? And what languages does he use in what plays? What languages do the individual characters in the plays speak, and do they actually speak in them, or do they only use single words in other languages? Which languages are used frequently, which ones scarcely? What languages are used together, and which are not? Do the translations only incorporate the source languages, or also others? Did the young Handke use different languages than the aged poet? Does Handke translate the foreign languages for his German-speaking readers? Or only some of them? Or only sometimes?

In order for my computer to tell me these things, the text passages alone are not enough material to go on. That is why two colleagues of mine built a database for me that can record all these things. So I already involved a number of parties in my endeavour: the computer, my colleagues, the database - and, of course, my parents. Still, this does not make Open Science, even though my proud parents, to whom I have in the meantime explained what it is that I do, tell all their friends who are or are not interested about my work.

Therefore, I simply put my database online: It is called Handke: in Zungen, which translates to “Handke: in tongues” (a reference to the Pentecost Miracle in the Acts of the Apostles, when the holy spirit comes upon the apostles and they can suddenly speak and understand all languages). In order for someone other than my parents’ friends to notice and maybe even use this wonderful quote collection, my database got a twitter account (@HandkeinZungen). It is not only great that people now have the opportunity to see what my research is all about, but it is also very helpful that other researchers can directly comment on my work by sharing their opinion.

After I finish my doctoral thesis, I might have had enough of Handke and his languages and his texts, and I might never want to read one of his books again. If that happens, it’s no problem: The next researcher can continue my work as the database and all data are available online under an open license and can be reused by anyone anytime. Maybe I’ll get bored with Handke at some point, and I’ll be more interested in the languages used by other other poets. No problem: the code needed to set up another instance of the database is freely available on GitHub and anyone can use it to build their own collection of multilingual quotes anytime. Maybe I’ll have a heart attack tomorrow out of excitement, walking down the street and meeting Peter Handke by chance. No problem: As everything is open, free and online, you, having been inspired by reading this text and wanting to know the results of my investigation, can continue my work. I invite you to do so, but please, do me one favor: Tell my parents.