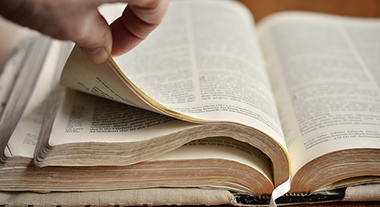 The troubled state of the peer review system has triggered numerous analysis of its past, present and future. In order to understand the moving forces behind the current developments, the roots must been unraveled. Although no authoritative piece has emerged as the historical account of scientific review; according to Ranalli, it is definitely beginning to take shape (Zuckerman and Merton 1971; Kronick 1990; Burnham 1990; Spier 2002; Biagioli 2002, 2003; Rennie 2003).

In the majority of these accounts the story of peer review starts in 1663, “when the recently formed Royal Society of London passed a resolution authorizing the publication of books under its imprimatur, as permitted under its Royal Charter“ (Ranalli). The following major milestone is considered to be the creation of the journal Philosophical Transactions in 1665, a publishing of the Royal Society of London. What was published in the journal was largely a matter for the editor, Henry Oldenburg, the secretary of the Society at the time, and those whose help he might have asked. In 1752, the Society established a committee which took over the editorial responsibilities for the journal and voted on which manuscript to publish. In Carpi`s view, this practice was the beginning of the peer review process as we know it today.

There is a new edition to the line of historical analyses of the scientific review system. An article by Alex Csiszar describes peer review as ˝a response to political demands for public accountability.˝ He connects the pivotal moments in the history of the institution to the times when the public status of science was renegotiated. The article offers a new angle to the first chapter of peer review which was marked by the negotiations of William Whewell and John Lubbock on a paper about orbital motions by George Airy in 1831: Peer Review: Troubled from the start Nature 532 (7599): 306–308, (21 April 2016).