The revolution will not be ‘paywalled’

Getting rid of journals as a way to open science 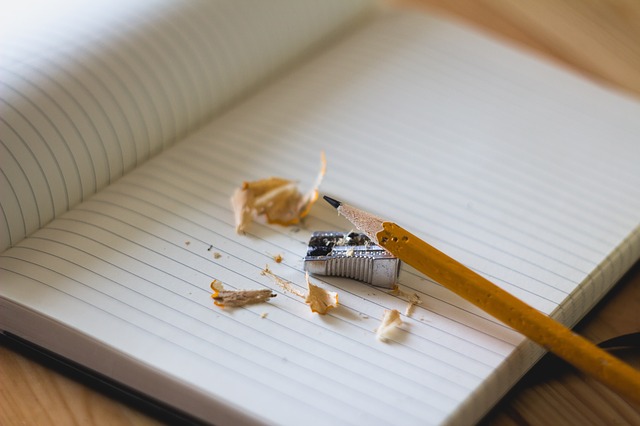 The ‘internet-o-sphere’ have been flooded by well-intended ideas and concrete attitudes to tackle the openness in science, or the lack of openness in science. More specifically, attempts to guarantee access to otherwise ‘protected’ material have been the obsession of many (mostly early-career) researchers. Recently, services like Sci-Hub and Unpaywall try to break the oligopoly of big publishers, legally or not, or find ways to make free versions of otherwise ‘protected’ material. The latest ‘no más’ came as a series of refusals from many library consortiums to renew their subscription with the giant Elsevier.

Examples like those described will keep happening as long as we insist in having a model that largely benefits private on top of public interests, and the case of scientific publication is a textbook of wealth transfer from public sources to private pockets. Elsevier, subsidiary of RELX group, respond to 16% of the total scientific publications’ ‘market’ (yes it is in quotes because it shouldn’t be treated as a one), with a 2017 revenue of a little bit more than 2.4 billion dollars, and an average profit margin of 37%. The justification is: peer review is necessary to guarantee scientific accuracy.

The argument is plausible, if the publishers actually did all the work. The model relies on scientists’ back to go from writing, reviewing and editing the studies. The publishers play a ‘middleman’, bringing the editors, referees and authors in the same platform. Once approved, manuscript gets a ‘make up’ and is indexed in searching platforms. At this point comes another fallacious argument: the publishers’ cost coverage has to come from somewhere. Once plausible in the era of ‘printed copies’, the justification no longer stands in an increasing online system. Today, this sounds like publishers are selling a solution to a problem they created: we still print journals (which are expensive), so you have to pay (a lot) for them, even if you use the electronic version only.

The proposal is simple: break the ‘middleman’, ie break the journals. The whole system finds its raison d'être in the ‘need’ for journals to communicate/archive peer-reviewed scientific findings. Move the whole peer-review process away, to a centralized platform, maintained and administered by public funding (for a fraction of what costs to pay the publishers to do it) and all the justification for the publishers’ oligarchy vanishes. These platforms are already in use and gaining momentum: preprint repositories. They already host the material, they already have a list of researchers in each topic (who I bet are willing to give their time to revise colleagues work) and they are already, mostly, public funded (or in a mixed model, as for bioRxiv). Once submitted or ‘posted’ to the preprint server the authors could pay a small fee (as calculated by Jon Tennant, a real article-processing fee should be around 100USD), and the manuscript goes to peer-review, given that all relevant information and data are also available to scrutiny. If the authors decide to address all the queries from reviewers and the manuscript is approved, it gets a stamp as reviewed, and gains article ‘status’. The authors can appeal of the reviewers decision or deny the revision, which means the study stays at preprint level.

The ‘shock-absorption’ mechanism would rely on the ability of the newly-formed university consortium (and the integration of EU-institutions provides a unique chance of success, given that many universities and institutes are funded by EU-grants), quickly move towards such central platform, carrying the editorial expertise (ie scientists) from the journals and publishers. However a transitional/buffered period, where the researchers serve at both systems is a viable option. In this scenario, the manuscript follows the usual flow but once accepted is immediately made available to the consortium repository. Small-scaled and pilot experiments can be performed using small (only in the sense of the number of submitted material, not their importance) preprint platforms, such as paleoRxiv or Scielo. If succeed, a pan-European or a global platform is the next obvious step.

Risking to sound too idealist, the most important consequence of such ‘radical’ idea is to get the spin-offs and products of scientific process back to the public welfare, where it belongs. The main obstacles as I see to implement this proposal are: to change the mindset that journals are a necessary step to peer-review publications, and that publishers play any relevant role in the peer-review process. Not to mention the obvious dismissal of any proposal that reduces the power of publishers as ‘unrealistic’ or ‘unachievable’, of course the ones with the most to lose in the process will complain and whine.

However, publishers will not be ‘left in the snow’, they can maintain and improve the common platform, given that all the code and servers have mirrors/hosts publicly available. The publishers can also check the text for grammar and type errors (especially considering that a significant share of authors are not native English speakers), and give the final touches to the manuscripts (references, figures and art), but the days of blatant exploitation of public resources for the shareholders profit and copyright retentions should be gone.

Similar initiatives are available from private publishers. One good example is the model used by PeerJ, where preprints and peer-reviewed papers are hosted by the same publishers. The bottom line proposal is to expand the PeerJ model, and ‘supra-nationalize’ it, to encompass all fields of science and back it with public resources, thus reducing the costs. This model will guarantee the free and unrestricted access to anyone, of any step of the scientific process, which is nothing more than our duty as scientists to implement the means to it.