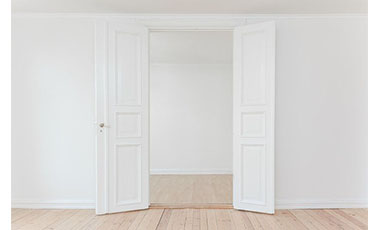 Can science be too open? There are signs that openness as such does not prevent reproduction of inequality, manipulation and closure.  In Pilot 4 of OpenUP, we are working on a tool to open up (social science) research to citizens, and enable collaboration with citizens. However, there are some important concerns that we try to address.

Scientific endeavors are never fully closed to non-scientists. Science has been used to enlighten many parts of society while remaining an instrument of rule at the same time. There are relevant connections with political and commercial interests and cultural and normative assumptions, which ultimately underpin scientific agendas and practices. Democratization has recently reached scientific practice once more under the broad rubric of open science and citizen science. These recent approaches try to involve citizens in many aspects of knowledge production and use online tools to broaden the reach of and access to scientific practice. I am much in favor of this movement, and as a social scientist I also see a lot to gain both for science and society. However, opening up knowledge production does not directly lead to democratization.

Take the example of Wikipedia, the largest encyclopedia on the web and among the top 5 most popular sites worldwide. The content is written and managed largely by volunteers. Every person who can read/listen and write/speak can contribute to the lemmas. Still, contributions come almost exclusively from men (Iosub, et al., 2014). This has partly to do with internet skills (Hargittai & Shaw, 2015), but mostly with a culture among contributors, which is formed and dominated by a group of early male adopters. Openness does not prevent monopolization of knowledge production by certain groups. Wikipedia can still be seen as a progress compared to commercial encyclopedias, but it has a hard time attracting new and female contributors. The lesson learned is that openness needs to be understood as an activity: a platform needs to actively invite contributors from diverse backgrounds, and the invitations needs to counter existing inequalities.

A second example showing potential perils of openness can be seen on the social media platform Facebook. The massive growth of Facebook in number of participants and types of content has turned it into a significant public space in itself. Typical for many “media”, Facebook is not a channel for existing messages but an authority and source in itself. Messages are produced directly on the platform and get meaning in and through the social interactions on it. The recent attempts of a Russia based campaign to influence U.S. elections is case in point. It demonstrated that platforms such as Facebook can be actively used for manipulating citizens’ political views and voting behavior. Identities and locations were successfully masked. It is the combination of openness of the propagated messages and fake identities coupled with the status and reach of Facebook which made this possible.

What can we learn from these examples? Democratization of science needs mechanisms to support equality among potential collaborators and to make science more inclusive. Democratization of science also means that contributors need to take over responsibilities: no representation without taxation, so to speak. Possible solutions could entail disclosure of identity to start with, and other ways of holding contributors accountable generally. In Pilot 4 this means that have developed a methodology which is user friendly for wide variety of potential users. We make all contributors collaborate continuously, which serves to filter fake contributions. All results are group based. The end result is inclusive in the sense that it allows for different perspectives (and therefore prevents the dominance of one perspective).  Moreover, we  design the interface in a way that is inclusive globally and easy to understand for  social media natives. Lastly, we invest in moderation by trained moderators and invite specific groups to participate. “Open” is too passive, therefore we work towards active ways of opening science in our OpenUp project.